In Altpick.com‘s ongoing series, Changing America, we continue the momentum for a much-needed transformation. In each series, our members’ were asked to submit an image that depicts their feelings on today’s current crises.  Between the pandemic, quarantine, and protests in the U.S. and worldwide, our hope is that this was not for naught but for change in a positive direction.  In this 3rd post in the series, Illustrators/Artists/Designer Andreas von Buddenbrock, Steven Dana, Jean Manuel Duvivier, Lynne St Clare, Janice Fried, Rudy Gutierrez, Julia Kerschbaumer, Huan Tran, Donna Wilson, and Photographers George Kamper, Kristofer Dan Bergman, and Lisa Powers present their personal message through their imagery. 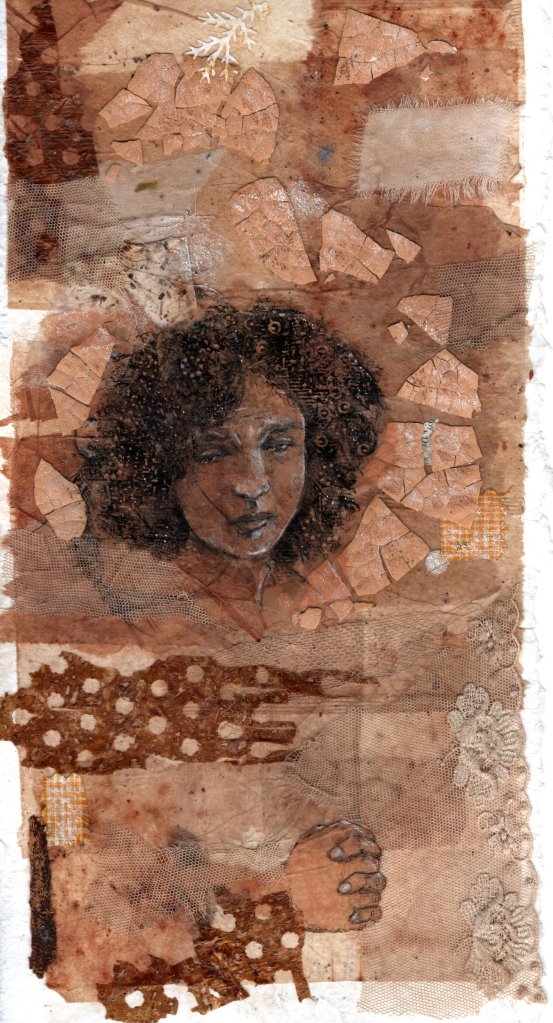 “Fragile Handle with Care” – A mother’s fear for her children. — Janice Fried

“No more Normal”  “As I observe what’s happening in this country right now the feeling that hits me is how much has been considered normal, the blatant racism, the police brutality, the lack of civility and integrity, and the corporate and Governmental looting, that reflects the morally bankrupt nature of too many in control and their supporters. It seems that in many ways the country has been exposed although not to people of color who live this “normal” reality every day. I say that there can be no more normal. We are damn tired of normal!” — Rudy Gutierrez 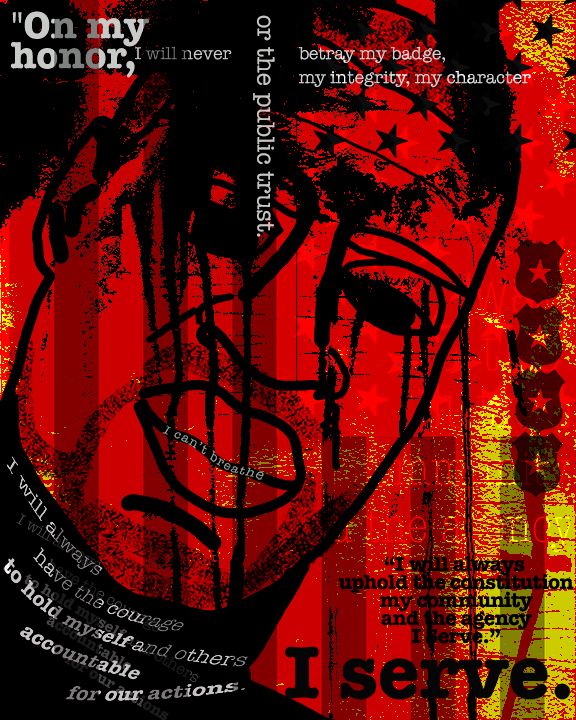 I chose to do an image of George Floyd juxtaposed with the Law Enforcement Oath of Honor. This oath that is taken is a promise to uphold the ethics and standards of the job for the public. Police Brutality is a blatant contradiction to this oath and a failure for public safety. If more people stay informed and VOTE  on every level of government – local and national – I really hope and believe change can happen. — Donna Wilson

“Love is in The Air”

Corona Bubble 14!  Inspired by Banksy’s “Love Is In The Air” & “Rage, The Flower Thrower”. — George Kamper 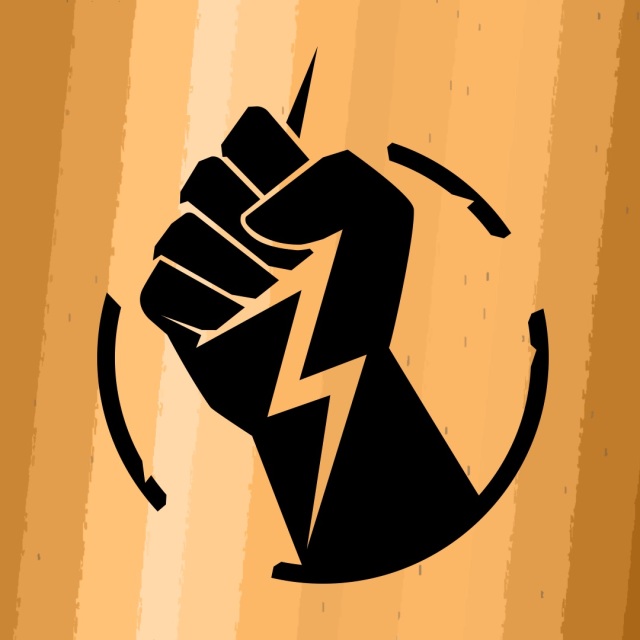 “I created this image to show that we have the power to support change when it comes to BlackLivesMatter”.  “I’m providing ‘free to use’ files for all who want to support change, human decency, and doing better.” — Huan Tran 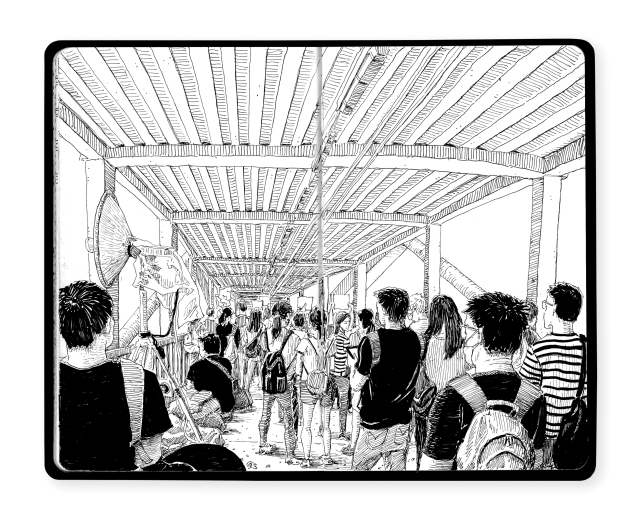 Andreas who currently lives in Hong Kong submitted a sketch of the protests that happened there last year. “The scenes playing out in the streets in the US look a lot like what’s been happening in Hong Kong, with all the rage and the feeling of being let down by the government/police force.” — Andreas von Buddenbrock 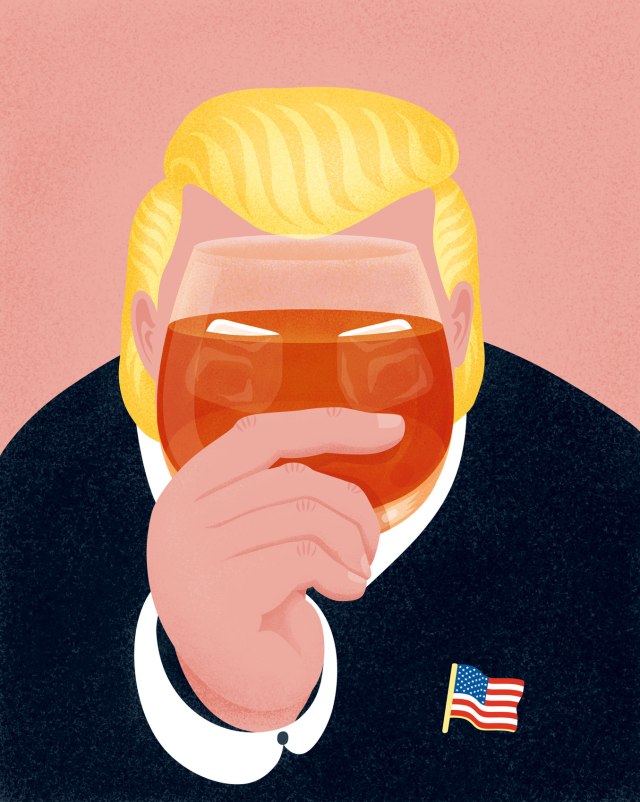 “This full-page illustration was created for an article in the Scottish whiskey magazine Whiskeria. The article “Collateral damage” is about Donald Trump’s self-defeating trade sanctions on Scottish whiskey, that have also affected the US bourbon industry”. — Julia Kerschbaumer 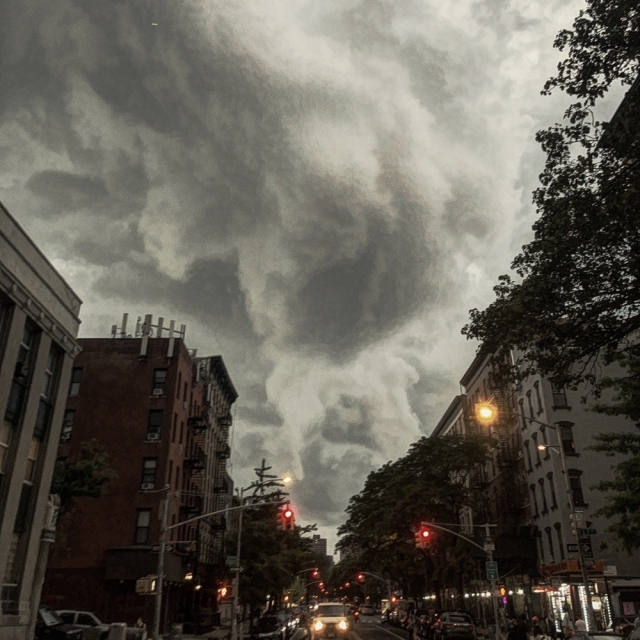 Kristofer lives and works as a professional photographer in New York City.  “The first image illustrates how we all were taken by storm and engulfed in the pandemic; the second captures the emptiness and loneliness in SoHo; and the third image speaks for itself.” — Kristofer Dan Bergman

Lisa Powers took this photograph of a man she saw on a subway in Manhattan in the late 1980/1990’s, which is still relevant today.  “I watched him enter into the subway car and he was a giant wearing a black sleeveless shirt with “FUCK RACISM IF YOU DON’T AGREE IN  HELL YOU BE”… I was impressed by his blatant message so I started a conversation with him (George).  He said that he had put the letters on the shirt himself.  I asked if I could photograph him.  He said he was on his way to his boxing gym for a workout.  I asked if I could come to photograph him working out.  He said yes.  I immediately went home, collected my camera, and a few rolls of FILM (yes, FILM) and I went to the boxing gym where I photographed him and a few other boxers.. He was very kind and asked if I wanted him to see me home safe.  What a gentleman… a GENTLE man.” — Lisa Powers 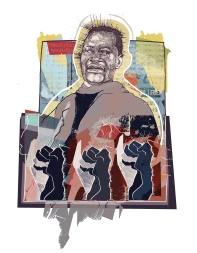 Lynne submitted 3 images that tell the whole story…The first image – ” An assignment for the Independent on anti-Chinese sentiment.  Chinese Americans as well as those who look Chinese, are having to bear a double dose of the national anxiety amid the COVID-19 pandemic. They are anxious like the rest of us about venturing outside and getting infected, but they are also increasingly anxious about venturing outside and experiencing hostility from non-Asians of all sorts, in the form of verbal harassment and physical threats. Second image – Lynne’s “George Floyd” image. “ The Revolution will not be televised, it will be Live”.   Third image – COVID 19. — Lynne St Clare 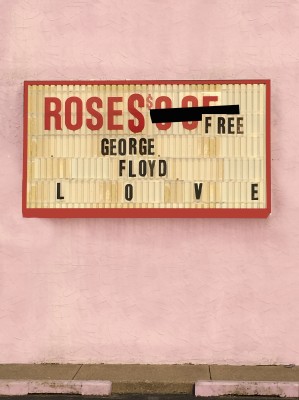 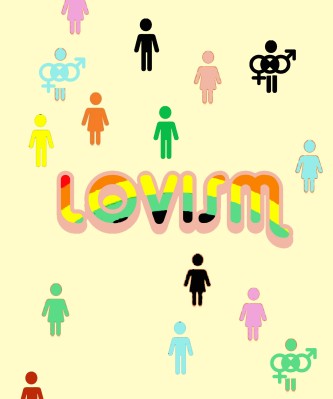 To see more of the artists’ work, please visit Altpick.com.