Neale Osborne’s ‘The Castle of Desires’ 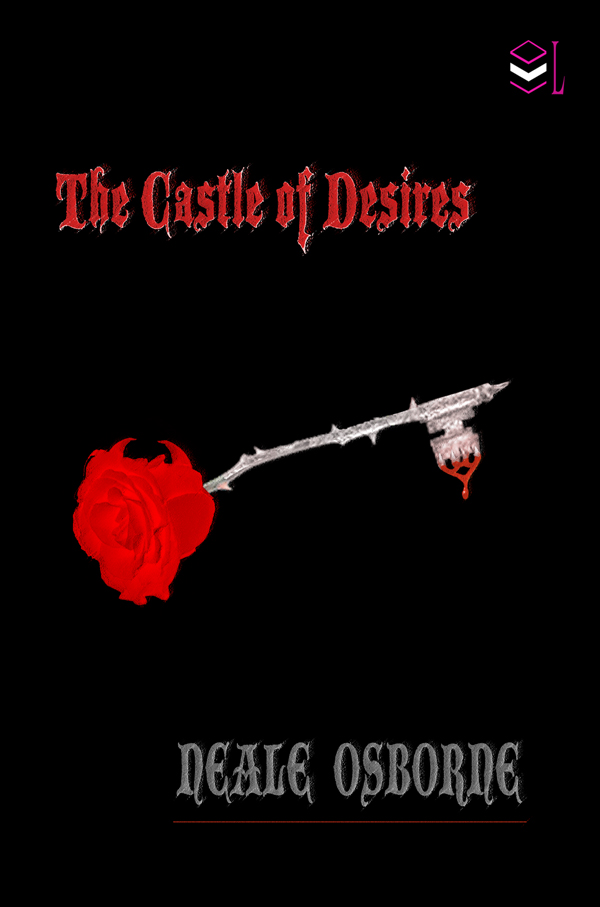 In a storm-swept tavern in a village of yore, Cornelius, the secretive sorcerer’s apprentice, gives the unsuspecting Professor Gast a key – one with the power to unlock the doors of the magical Castle of Desires. Within its chambers are all that any man could wish for: wealth, leisure, servants, lovers – and, if he so desires, he may even summon up a military empire …

On the eve of Hallowe’en, 1937, Maximilian Richter arrives at the cartoon studios of Pineville, an isolated gated community in the sun-kissed Californian hills. As a bit-part actor in early talkies – as gangster, tough guy, hired muscle, hoodlum – every scene Max had been in had simmered with sin. And now, within the walls of Pineville, Max is free to cheat and sweet-talk his way into the affections of the unsuspecting community, stirring up a secret storm of seduction, vice and violence.

Neale Osborne’s allegorical novel, a story-mirrored-within-a story, is a unique period piece set on the edge of historical Hollywood … and deep in the chambers of a mythical fortress.
The tale can also be seen as a homage to the pioneering greats of film animation: Georges Méliès, Willis O’Brien, Ray Harryhausen & Ladislav Starewicz…and even features a recreation of the Carthay Circle Theatre premiere of Disney’s ‘Snow White and the Seven Dwarfs’

‘The Castle of Desires’ is out now in paperback, with four signed copies available in a Goodreads giveaway (for readers in the USA, Canada, and UK, until the 5th of April.)

To see more of Neale’s illustration work go to his website and Altpick.com page.

Established in 1992, The Alternative Pick commenced with a clear mission, providing creative buyers with a vehicle to source the best brightest and most exciting illustrators, photographers, graphic designers and animators in the business. The Alternative Pick sourcebook (1992-2005) became the outlet for cutting-edge commercial talent, offering a unique platform for artists to showcase their work. The Alternative Pick Deck (2009-2012) offered a fun and engaging format for locating leading commercial artists. In addition, The Altpick Awards (2003-2011) introduced yet another way to provide a platform for talents to shine. To meet the demands of an ever-changing industry, Altpick.com was launched in 1996 and presently provides a vehicle for talent to utilize the web to connect more effectively with buyers. As we mark our 30th anniversary in 2021, Altpick.com remains a premier source for creative professionals and we plan to continue to push the envelope providing the best vehicle for buyers to connect with creative talent.
View all posts by altpick connects →
This entry was posted in Design, Illustrations and tagged 1930s, California, castle of desires, Giveaway, Goodreads, halloween, historical hollywood, Neale Osborne, novel, sorcerer, UK. Bookmark the permalink.