Posted on September 22, 2014 by altpick connects

A mother stands in front of my camera. “I don’t know what I’m supposed to do,” she says anxiously, so she smiles stiffly, as you might in a school picture. “Just be yourself,” I encourage. When she leaves my makeshift studio, set up at the Prudential Center in Boston for the occasion, I feel I’ve failed. The images reveal nothing about how she was feeling. Instead, I’ve taken a smiling portrait of a woman with no indication that she was about to undergo a serious, emotional transformation.

On Monday this mother will return home, where she will stand out in her office, at her local restaurant, at her kid’s playground, as “the bald mom.” Wherever she comes from, that will take some nerve. And it will, by design, inspire questions. 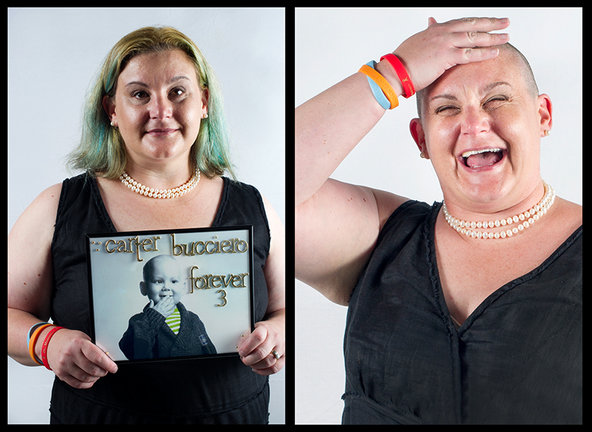 Each weekday, an average of 46 American families receive the unenviable news that their child has some form of cancer. At this event, part of the fifth annual Shave for the Brave Campaign organized by the St. Baldrick’s Foundation, mothers of children affected by cancer shaved their heads in solidarity with their children to help raise awareness and funds for pediatric cancer research as part of the 46Mommas team. 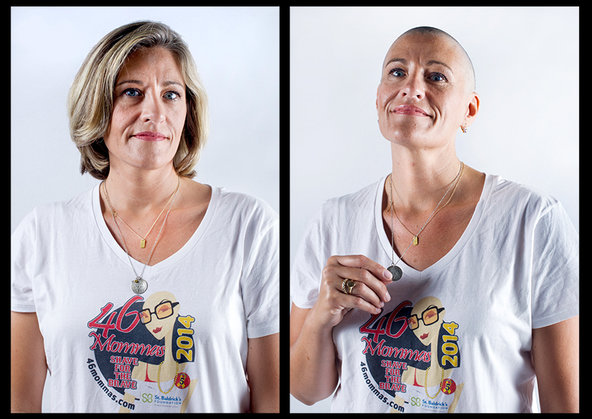 I took their pictures, before and after, a record of what was lost, and what was gained.

To find out about Ali’s Award-Winning book Momma Love, visit MommaLovetheBook.com @mommaloveAli on Twitter and Instagram Momma Love The Book on FB.  See more of Ali’s work at alismith.com and altpick.com/alismith

Established in 1992, The Alternative Pick commenced with a clear mission, providing creative buyers with a vehicle to source the best brightest and most exciting illustrators, photographers, graphic designers and animators in the business. The Alternative Pick sourcebook (1992-2005) became the outlet for cutting-edge commercial talent, offering a unique platform for artists to showcase their work. The Alternative Pick Deck (2009-2012) offered a fun and engaging format for locating leading commercial artists. In addition, The Altpick Awards (2003-2011) introduced yet another way to provide a platform for talents to shine. To meet the demands of an ever-changing industry, Altpick.com was launched in 1996 and presently provides a vehicle for talent to utilize the web to connect more effectively with buyers. As we mark our 30th anniversary in 2021, Altpick.com remains a premier source for creative professionals and we plan to continue to push the envelope providing the best vehicle for buyers to connect with creative talent.
View all posts by altpick connects →
This entry was posted in Altpick, Photography and tagged 46 mommas, boston, Cancer, pediatric cancer, prudential center, shave for the brave campaign, st baldrick's foundation. Bookmark the permalink.