During this unrest and uncertain times, we must do our best to stand with our oppressed brothers and sisters.  Showing empathy and sympathy for those who face challenges every day is a step in a positive direction.  Big and small acts of kindness, understanding those who are different from you, showing tolerance when you don’t understand, and always coming from a place of love will have a positive impact on our society.

Altpick.com has asked its members to submit an image that conveys their feeling on today’s crises.  Today we are featuring the first 4 in the series, Illustrators Daria Kirpach, Caitlin Alexander, Chris Lyons and Kristine Lombardi.

Muhammad Ali was not only the great champion but also a fighter for justice. Ali was suspended from the fighting license for taking sides against the American military initiative in Vietnam.  Daria’s illustration was a self-promotion piece.

Daria’s unpublished pieces were about sexual abuse on African and Afro American women.

“It is very problematic that many white people are more concerned with voicing disapproval of looting and rioting than they are speaking out against racism and police brutality. Problematic meaning, in fact, racist. If you care more about storefronts and merchandise and destructive behavior than you cared about the black people who were murdered, causing these riots… then you have engaged in promoting and continuing the racist system that created it. Rioting is how the unheard have a voice. Their peaceful protests have been met with disdain and tear gas and rubber bullets. We, white people, have pushed this situation to its current point because we haven’t cared nearly enough.”—–Illustrator Caitlin Alexander 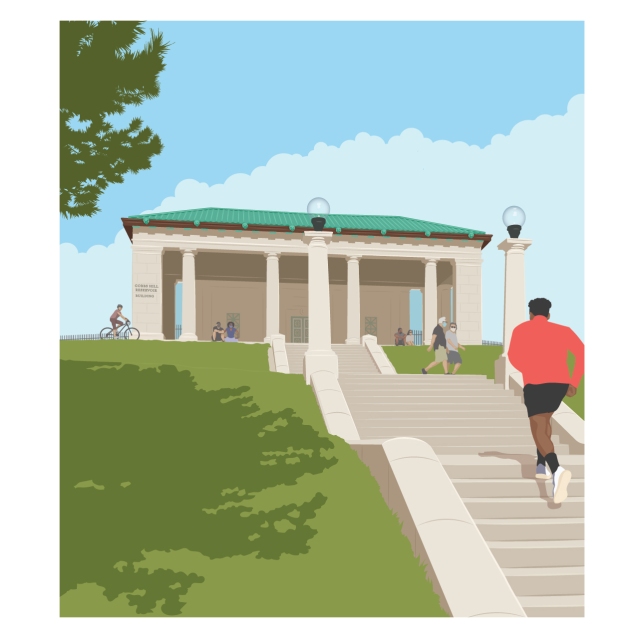 Chris Lyons created this piece imagining a world where Ahmaud Arbery could run without worry or concern. Just a workout like any other white American experiences without a second thought. 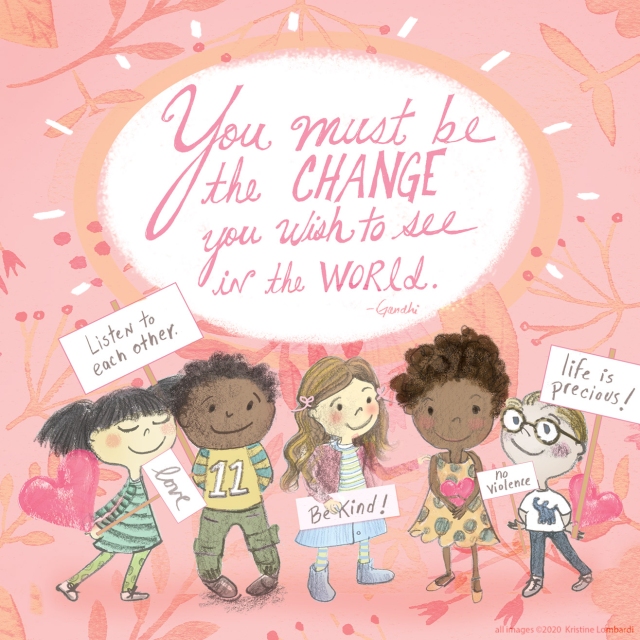 Kristine Lombardi‘s depicts Gandhi’s words perfectly, “You must be the change you wish to see in the world.”

Stay tuned for the next edition of “American Change Series 002”

To see more of the artists’ work, please visit Altpick.com.

Established in 1992, The Alternative Pick commenced with a clear mission, providing creative buyers with a vehicle to source the best brightest and most exciting illustrators, photographers, graphic designers and animators in the business. The Alternative Pick sourcebook (1992-2005) became the outlet for cutting-edge commercial talent, offering a unique platform for artists to showcase their work. The Alternative Pick Deck (2009-2012) offered a fun and engaging format for locating leading commercial artists. In addition, The Altpick Awards (2003-2011) introduced yet another way to provide a platform for talents to shine. To meet the demands of an ever-changing industry, Altpick.com was launched in 1996 and presently provides a vehicle for talent to utilize the web to connect more effectively with buyers. As we mark our 30th anniversary in 2021, Altpick.com remains a premier source for creative professionals and we plan to continue to push the envelope providing the best vehicle for buyers to connect with creative talent.
View all posts by altpick connects →
This entry was posted in Altpick, Art, Design, Illustrations, Photography and tagged African, African American, Ahmaud Arbery, American, American military, Be Kind, Caitlin Alexander, Change, chris lyons, Daria Kirpach, Gandhi, Kristine Lombardi, Life is Precious, Listen, love, Muhammad Ali, Nonviolence, sexual abuse, Vietname War. Bookmark the permalink.