BC Kagan’s Photos of The Jersey Boy 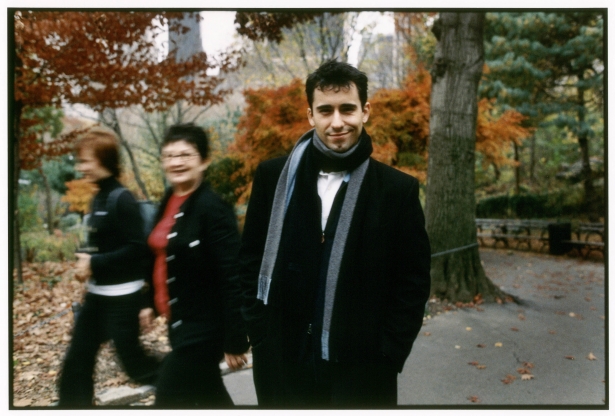 In the weeks leading up to the 2005 Tony nominations I had an opportunity to talk to John Lloyd Young about doing a shoot together. He had seen the photos I shot with cast mate Christian Hoff (who originated the Tommy DeVito role on Broadway) and was interested in what I could do for him. Mostly I like to approach someone if I think I can provide something different and/or better for them as a photographer. I had heard people repeatedly referring to John Lloyd as ‘that kid’ and realized he wasn’t one. He was an adult actor tasked with being Frankie Valli from age 16 through his adult years. I felt John Lloyd Young might like some photographs that showed him as a grown man.

Our first shoot was fruitful and accomplished my goal to portray him as a viable leading man. Shot inside a dive bar on 9th Ave, the photos were black and white and moody. His manager was so pleased with the results she wrote me a long and flattering thank you email. Those photographs were featured prominently on his website throughout his ‘Tony year”.   John Lloyd and I did two more photo shoots after that. The second one shot around the Westside of Manhattan including a trip to The Central Park Zoo. The third shoot took place as John Lloyd prepared to leave his first run in Jersey Boys at Hotel 17, a picturesque Manhattan hostel for European tourists, as well as, a shoot location for fashion and film.

With an increased budget for his personal wardrobe, John Lloyd developed a taste for John Varvatos (I think Varvatos provided John Lloyd with a tuxedo in which to receive his Tony). The Hotel 17 shoot featured a beautiful grey flannel Varvatos suit he had recently purchased.   Although, he has a beautiful, engaging smile, JLY mostly preferred the shots in which he looked wistful, intense or downright miserable. The shot here is from the room at Hotel 17 – JLY called it the pinwheel shot. 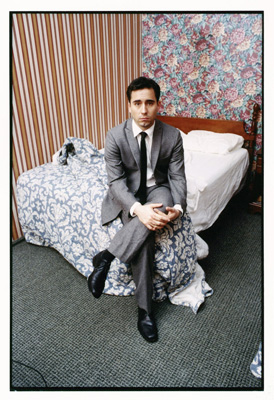 BC KAGAN is an internationally published photographer best known for her portraits of emerging punk rock, new wave and alternative rock bands.  The long list of eminent bands and musicians she has photographed includes, among others: U2, Aerosmith, Phish, The Police, The Cars, Duran Duran, The Buzzcocks, The Jam, Red Hot Chili Peppers, Joe Strummer, Billy Idol and Iggy Pop.

Established in 1991, The Alternative Pick commenced with a clear mission, providing creative buyers with a vehicle to source the best brightest and most exciting illustrators, photographers, graphic designers and animators in the business. The Alternative Pick sourcebook (1992-2005) became the outlet for cutting-edge commercial talent, offering a unique platform for artists to showcase their work. The Alternative Pick Deck (2009-2012) offered a fun and engaging format for locating leading commercial artists. In addition, The Altpick Awards (2003-2011) introduced yet another way to provide a platform for talents to shine. To meet the demands of an ever-changing industry, Altpick.com was launched in 1996 and presently provides a vehicle for talent to utilize the web to connect more effectively with buyers. As we mark our 30th anniversary in 2021, Altpick.com remains a premier source for creative professionals and we plan to continue to push the envelope providing the best vehicle for buyers to connect with creative talent.
View all posts by altpick connects →
This entry was posted in Altpick, Photography and tagged BC Kagan, Broadway, Christian Hoff, Frankie Valli, Jersey Boys, John Lloyd, John Lloyd Young, John Varvatos, Tommy DeVito, Tony nominations, Varvatos. Bookmark the permalink.

1 Response to BC Kagan’s Photos of The Jersey Boy