“The ABCs of SVA” Posters by Viktor Koen

Steven Heller calls the SVA Subway posters “the jewel in the crown for any designer or illustrator, I call them “a full circle”.   After all, it  was one of these posters that got me to SVA, 72 years ago. 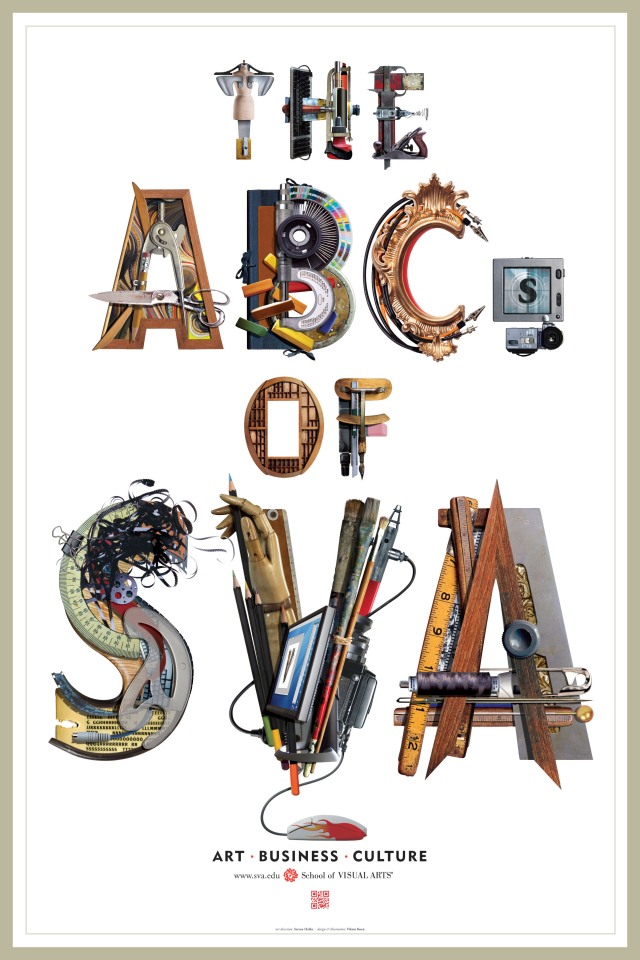 The process of designing the posters and finishing the 26 illustrations that compile a full alphabet was smooth but intense, since the time between concept approvals and finishing was short.

But “short” is something I know how to handle and after sending mechanicals, I had nothing to do but wait at a subway station for my poster to come in. The idea is simple, the messenger is the message. One of the virtues of illustrated type, to carry the message with it (or better, having the message impeded in it’s DNA), no matter what it spells. This virtue gives me the ability to communicate complex ideas in a clear and direct way.

Here, letters fused out of art making utensils (I photographed everything I had from the old days, including the contents of boxes that haven’t been opened for decades, but also  secret photo shoots in art stores and tools that SVA students at the MFA illustration program were kind enough to part with) formed a simple line that drove a complicated message.  Change your life by making art part of your vocabulary, one letter at a time. 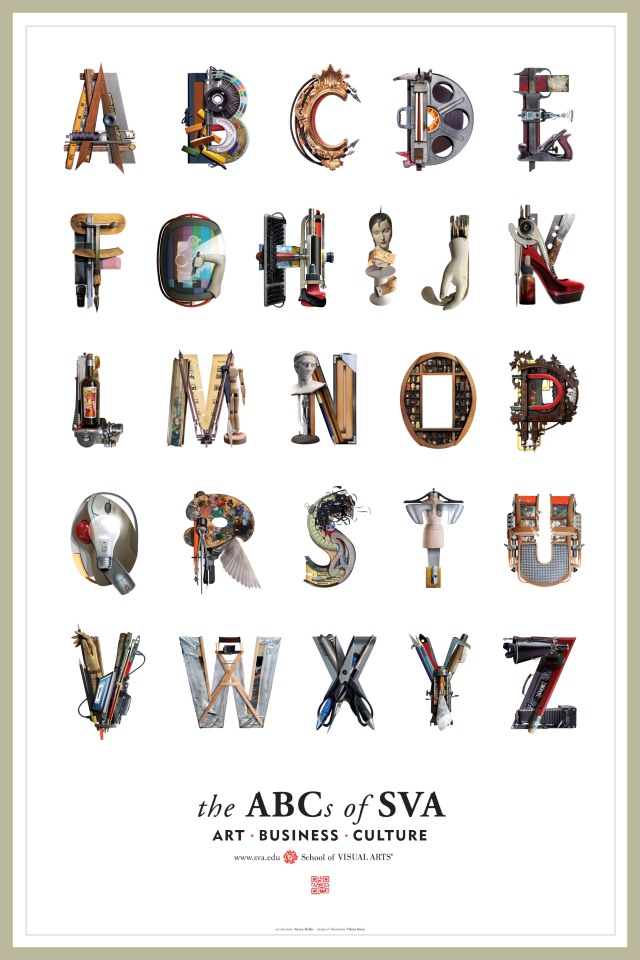 To see more of Viktor’s work go to his Altpick page and his website.