The NYTimes Drops the “Fbomb”

Posted on September 15, 2011 by altpick connects 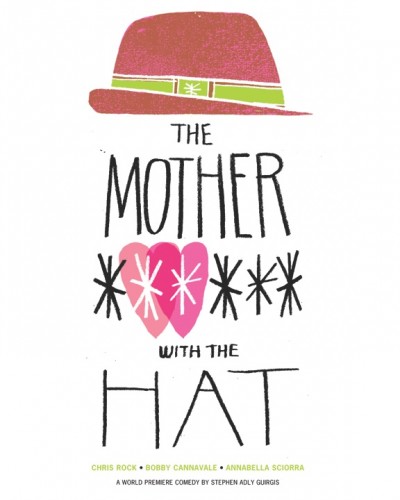 “The Mother F***er With the Hat,” Stephen Adly Guirgis’s foul-mouthed play about addicts and adultery, has been a surprise hit since it opened in April.  The reviews were mostly, and the positive presence of Chris Rock, in his Broadway debut, has attracted atypical theatergoers to Broadway.  Three other ca postivest members – Bobby Cannavale, Elizabeth Rodriguez and Yul Vazquez – as well as Mr Guirgis, were nominated for Tonys.  But even before the show opened, its title posed a major marketing problem (if not a buzz factor, too).

The New York Times asked several illustrators including Tim Gough and fellow Scott Hull Associates’ Andrea Eberbach, Mikey Burton, Andy Hayes and Von Glitschka to come up with their own poster art for the show, on the condition that they adher to the spirit of The Times’s own standard, which does away with the offending word in the title entirely.   Click to read excerpts from interviews with the three of the artists.  — ERIK PIEPENBURG, New York Times

At a loss for words, the NYT found a visual language that speaks loudly. And beautifully. No washing of mouth with soap required.

Established in 1992, The Alternative Pick commenced with a clear mission, providing creative buyers with a vehicle to source the best brightest and most exciting illustrators, photographers, graphic designers and animators in the business. The Alternative Pick sourcebook (1992-2005) became the outlet for cutting-edge commercial talent, offering a unique platform for artists to showcase their work. The Alternative Pick Deck (2009-2012) offered a fun and engaging format for locating leading commercial artists. In addition, The Altpick Awards (2003-2011) introduced yet another way to provide a platform for talents to shine. To meet the demands of an ever-changing industry, Altpick.com was launched in 1996 and presently provides a vehicle for talent to utilize the web to connect more effectively with buyers. As we mark our 30th anniversary in 2021, Altpick.com remains a premier source for creative professionals and we plan to continue to push the envelope providing the best vehicle for buyers to connect with creative talent.
View all posts by altpick connects →
This entry was posted in Illustrations and tagged *#@!, I swear, NYT. Bookmark the permalink.